After almost three years living in a slum, a couple reflects on why they came and why they’ve stayed.

Jesus radically welcomed people; he blessed and honored the poorest people, shared his life, lived humbly, and told stories about God’s place for them in His Kingdom. Jesus welcomed Samaritans, Jews, Gentiles, and challenged them to love each other; he brought “sinners” into his inner circle, and challenged the “good religious people” to release their judgments of them. He welcomed women and children, lepers and the ill, the blind and the lame, strangers and foreigners, all to his inner circles, not as an audience but as a central part of his lived life. And he calls us, over and over, to do the same.

We’ve felt that like Jesus, we’ve grown up in a world of disconnect, a world of “others”. The rich and the poor don’t live in the same community. Many of our things were made by people in India or Bangladesh or China, but we have likely never seen those people or known what their lives were like. The Western world and the Muslim world are highly separated, with a great deal of demonization of the “other”. The people whose actions lead to destruction of the environment (over-consumption of fossil fuels, forests, minerals, factory farmed food, etc.) are disconnected from the environment and the people most affected by its destruction. We felt so separated; it was difficult for us to love people we didn’t know, and difficult to care about those whose lives we weren’t participating in.

To that end, we moved to Asia in 2010, to begin to build a tiny bridge between the global poor and the Western rich, to place ourselves in the shoes of those we did not know, and to give them access to the best things a Western education and upbringing have afforded us, all while letting the best of their culture and experience transform us. We’ve seen and understand the transformational power of relationships; we want to know and love people here, sharing our selves, culture, and faith, and we want to be known and loved and challenged in return.

We want to continue to build this bridge, to invite more of our wealthy friends into the lives of the poor and marginalized and help them to experience more of what it means to be human. As our own American society becomes increasingly dependent on money and technology, we want to place our family in a different world – moving away from overwhelming materialism, technology, individualism, achievement-orientation and getting back to relationships and community and people.

As we understand more of the hopes and dreams and resources of our community, we want to be a part of its transformation, working alongside through our relationships, bringing ourselves, everything we have to offer. The literacy and safe house projects are our first attempts at that. We don’t just want to be giving charity, but together growing true justice and inhabiting the Kingdom of God.

In the long term, ideally we want to create something that will grow beyond our direct influence and last far longer than we do. We hope that the people we impact will continue to influence others, that programs we start will be taken up and pressed forward by others, that our own meager contribution will grow into something much greater than ourselves and take on a life of its own. We may spend our lives in this ministry, but we hope this will last far beyond ourselves.

If you want to learn more and/or to support these friends, please email the editor at kimmiem(at)team.wcfellowship.org 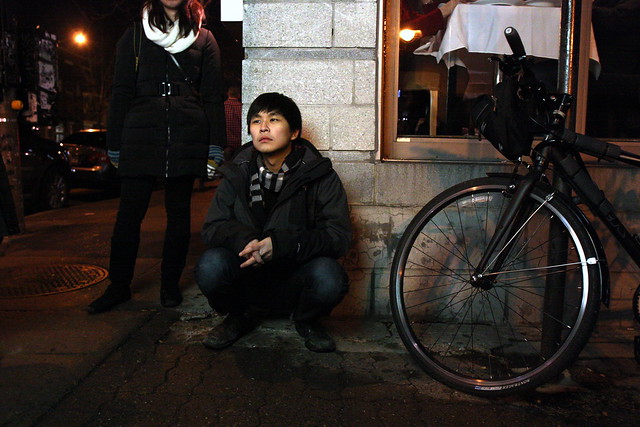 How do you respond when things don’t happen the way you expect? What do you do when it seems like God is not the only giver of (incredibly) good gifts? This story comes with perspective that we don’t follow Jesus because He gives us stuff. We follow Him for a beautiful, redemptive, love relationship that cannot be matched by anyone else.

Some friends went on a pilgrimage, prostrating every couple of steps, covering a distance of about one thousand miles through difficult terrain and snow to reach a sacred city.  One pilgrim, a monk who had been battling various chronic illnesses, went in hopes of finding some relief from the physical ailments that have plagued him for so many years.

After completing this pilgrimage, the monk went back to the hospital where they ran several tests. He had suffered for decades, and his liver was severely damaged. The results came back, and the same doctor who had been treating him for many years, in amazement, told him that he is completely cleared! The tests showed absolutely no traces of the disease, and his liver was functioning perfectly.  Bewildered, this doctor said that it is not medically possible. However, that is what the test results show!

Eager to receive confirmation, the monk then went to the best hospital in the region. Again, the results showed him completely disease-free with a perfectly functioning  liver. In fact, the doctors stated that from looking at the results, they would never have known that this monk had been ill!

Upon hearing this story, there was really not much that I could say in response. What could I say? “Both hospitals somehow got it wrong? ” or “Maybe the monk was never sick to begin with?” or “It was a coincidence?” or “Praise be to Buddha?”  I found nothing suitable, so I just nodded in agreement that it was truly amazing.

This monk has been healed!  The healing was confirmed by two separate hospitals!  It’s a genuine miracle! Miracles, healing…they can happen and they do happen!  But in this case, it was from another source.  It is from a source that is in opposition to the Kingdom of Light.  We are faced with the fact that the kingdom of darkness has real power.

“For false Christs and false prophets will appear and perform great signs and miracles to deceive even the elect—if that were possible.” (Matt 24:24)

We also long to see the Kingdom of God come in all its fullness; with manifestations of signs and wonders, miracles and healing.  However, it is a sobering fact that those who belong to the kingdom of darkness can also perform great signs and miracles.  Think of Moses, who was given powers to perform miracles in order to attest to the fact that his leadership was God-appointed.  But then, the magicians of Egypt were actually able to replicate and repeat many of the exact same miracles that Moses performed!  (Gen 7:11, 7:22, 8:7)

There seems to be a trend happening: a searching, seeking, single-minded pursuit after miracles.  Miracles, it seems to many, is the answer. People are not responding to the Gospel because they have not seen real power.  So, the reasoning goes, if only they see signs and wonders, they will surely come to Jesus.

Certainly, when the Kingdom of God truly comes in power, the gospel is declared with authority, people are set free, and the kingdom of darkness is pushed back, it is very likely that all this will be accompanied by signs and wonders. We do not want to quench the Spirit; but neither do we indiscriminately believe every spirit.

We have concluded that signs and wonders are not for us to seek after.  They are acts of God; and He alone determines where and when they will take place.  We can only position ourselves for the miraculous – by being alert, having clear minds, rooted in truth, and living in full agreement with our identities in Christ.